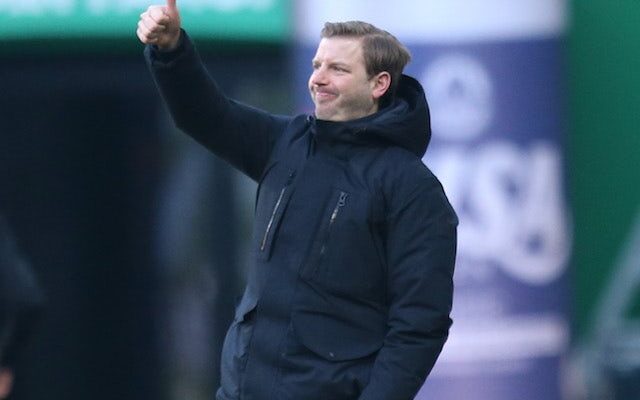 Red Bull Salzburg will be hoping that lightning strikes twice against Wolfsburg when they take on the German outfit in Tuesday’s Champions League Group G tie.

The Austrian champions claimed a convincing 3-1 win in the first meeting with Florian Kohfeldt‘s side, who are still winless in this year’s tournament.

Wolfsburg will welcome midfielder Joshua Guilavogui back from a Champions League ban this week, but a spate of injuries and COVID-19 infections have depleted Kohfeldt’s ranks ahead of this game.

Indeed, star striker Wout Weghorst tested positive some weeks ago but has a chance of returning to the fold here, but Luca Waldschmidt, Jerome Roussillon and Xaver Schlager are among those in the treatment room.

Maxence Lacroix was dismissed at the weekend but will be available here, while Paulo Otavio and Dodi Lukebakio will push for starting roles after coming on at half time against Leverkusen.

As for Salzburg, midfielder Nicolas Capaldo has now been booked three times in three European games and will miss this match, but he only came off the bench in the first win over Wolfsburg anyway.

The visitors remain short in the heart of defence with Oumar Solet and Kamil Piatkowski out of action, while teenage forward Benjamin Sesko and 34-year-old midfielder Zlatko Junuzovic are also injured.

Former Brighton & Hove Albion defender Bernardo started at centre-back for Salzburg in league action at the weekend, but it would not be a surprise to see Maximilian Wober return to the heart of defence here.