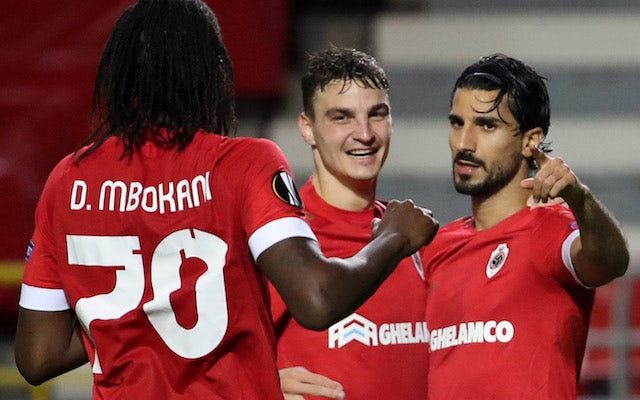 The bottom two teams of Group D will collide on Thursday in the latest Europa League fixture, as Royal Antwerp host Fenerbahce, with each team needing a victory.

Neither club have managed to pick up a win in the competition during the opening three games, which includes a draw against each other the last time they met.

Royal Antwerp will be able to welcome back Jelle Bataille into the squad for the first time since the opening game of the group after he served his suspension for a red card.

However, the club will still be without Sander Coopman who is currently dealing with a cruciate ligament rupture, although Gerkens has stepped into the creative midfielder role well throughout this season.

Serdar Aziz is unavailable for the visitors this week as he is suffering from a muscle issue that has kept him out of the team since the October international break.

He is not the only injury that Fenerbahce are having to deal with either, with Mert Hakan Yandas and Irfan Kahveci both out of action at the moment.