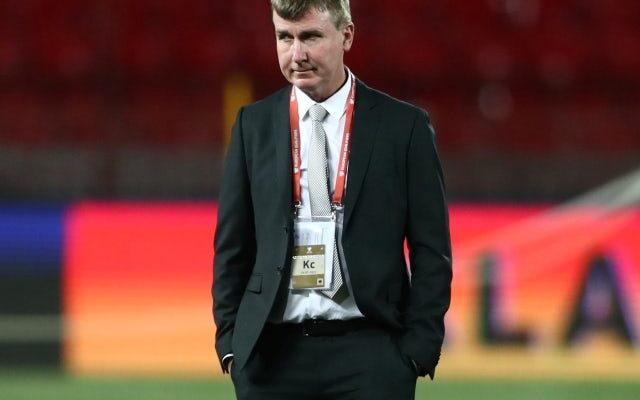 Portugal will aim to reclaim top spot in World Cup 2022 Qualifying Group A when they travel to Dublin to face the Republic of Ireland on Thursday night.

There is nothing but pride on the line for the hosts, though, with Stephen Kenny‘s men already eliminated and anticipating the end of their doomed qualification campaign. 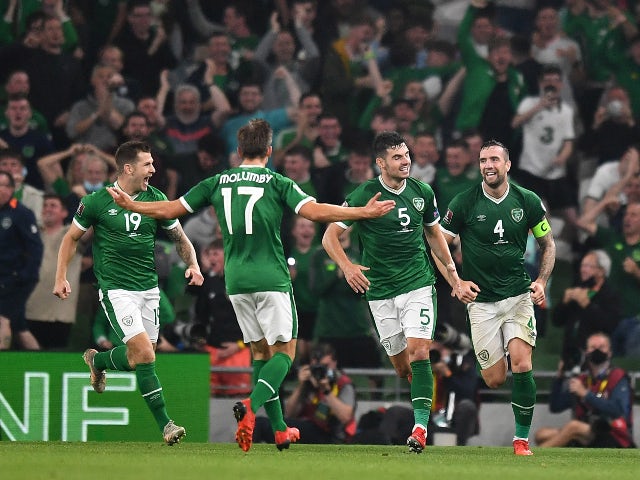 Ireland have been forced into a late squad change with Callum O’Dowda replacing James Collins, with the Cardiff City forward ruled out due to injury, while Aaron Connolly has not been selected.

Jayson Molumby and Alan Browne are both available after serving suspensions against Azerbaijan, meaning that Daryl Horgan‘s spot in the XI is now at risk.

Teenage goalkeeper Gavin Bazunu memorably kept out a Cristiano Ronaldo penalty during Ireland’s most recent meeting with Portugal and is sure to act as the last line of defence once more.

Meanwhile, Portugal trio Antony Lopes, Rafa Silva and Joao Mario will play no part in November’s fixtures due to injury, but there is a spot in the team for uncapped goalkeeper Jose Sa.

Santos will have one eye on the meeting with Serbia at the weekend, but the Portugal boss ought to field his strongest XI here regardless, with Ronaldo being joined by Diogo Jota and Bernardo Silva up top.

Joao Cancelo could reprise his role at left-back with Nuno Mendes set to serve a suspension, meaning that Diogo Dalot should earn a start on the right-hand side of the rearguard.