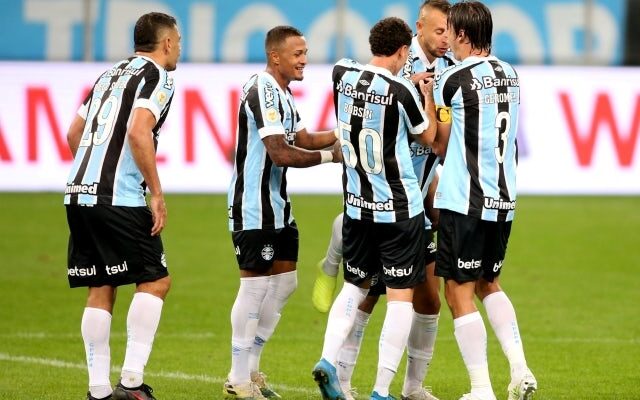 Palmeiras have 10 games left in the Brasileiro to make up a 10-point gap between themselves and league leaders Atletico Mineiro; therefore the second-placed side cannot afford to slip up against relegation-threatened Gremio on Sunday.

This weekend’s hosts are six points away from safety but they do have two games in hand on 15th- and 16th-placed teams Bahia and Santos, with their next two outings coming against the Brasileiro’s top two.

Gremio centre-back Paulo Miranda will be unavailable for selection after receiving a red card during the defeat against Atletico Goianiense, and Rodrigues is likely to come into the back line in place of Miranda.

Three players will be absent for the home side due to injury including Leo Pereira, Leonardo and Geromel, who are all expected to return to full fitness early next month.

Apart from the forced change at centre-back, Mancini is likely to name a similar starting 11 as he has done for his first two games in charge, meaning that Diego Souza will continue to lead the line.

Menino, Jorge and Mayke are suffering with injuries and consequently they will be unavailable for Palmeiras this weekend, but Ferreira is expected to name the same starting lineup as last time anyway.

Striker Adriano ended his nine-game goal drought by finding the back of the net against Sport Recife last time out, and he will be keen to follow that strike up with another goal this weekend.