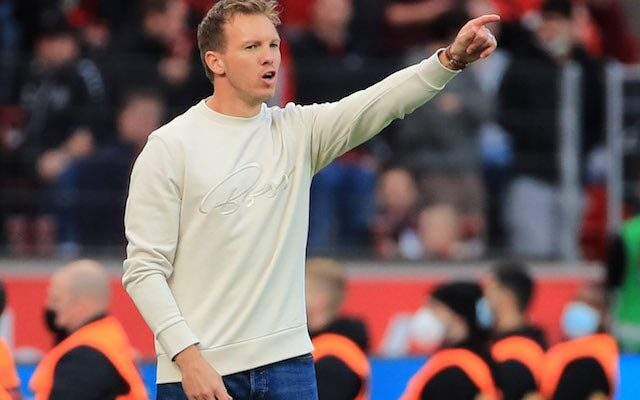 Bayern Munich will seek to assure themselves of a place in the knockout stages of the 2021-22 Champions League when they welcome Benfica to the Allianz Arena on Tuesday.

Julian Nagelsmann‘s side thrashed the Portuguese outfit 4-0 on matchday three and will confirm their place in the next round with another routine victory here.

While a historic 5-0 DFB-Pokal humbling at the hands of Borussia Monchengladbach proved that Bayern Munich are humans just like the rest of us, Nagelsmann’s side have produced a spate of characteristically dominant showings in the Champions League so far.

After humbling Barcelona and Dynamo Kiev 3-0 and 5-0 respectively, the German champions put four unanswered goals past Benfica on matchday three to establish a five-point lead at the summit in Group E, assuring themselves of at least a third-placed finish in the process.

Should the Bavarians claim maximum points on home soil this time around, they would be guaranteed a spot in the top two no matter what transpires between Barca and Dynamo Kiev, while a Ukrainian victory would see them confirm their expected status as group winners.

No team in the group stage has scored more than Bayern’s 12 over three matches so far this season – and they are also one of two sides yet to concede in the tournament alongside Juventus – and they warmed up for this contest in perfect fashion at the weekend.

Robert Lewandowski (2), Kingsley Coman, Leroy Sane and Thomas Muller all netted in a 5-2 drubbing of Union Berlin on Saturday, although Bayern would be foolish to read too much into their previous prolific performance against Benfica before the first whistle blows on Wednesday. 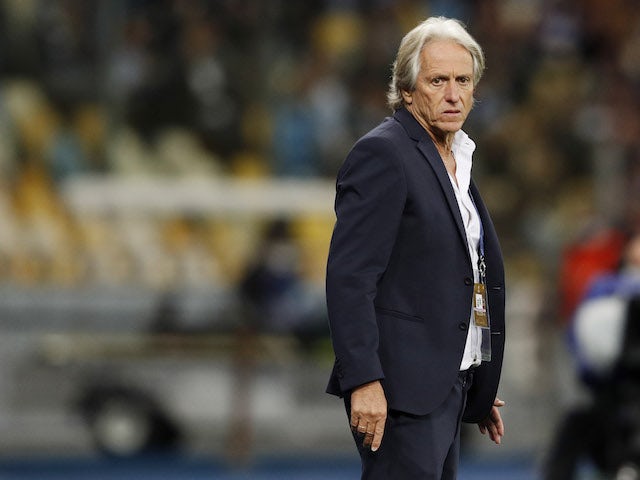 One would imagine that a 3-0 victory over Barcelona would set Benfica up well for the visit of Bayern, but pitting their wits against the champions of Germany proved to be a whole different kettle of fish for Jorge Jesus‘s side.

Sane (2) and Lewandowski both struck on matchday three as substitute Everton turned into his own net barely four minutes after coming onto the field, and things have not gone terribly smoothly for Benfica following that humbling in Europe.

Indeed, Jesus’s side were held to a 3-3 draw in the Taca de Liga by Vitoria Guimaraes before playing out another stalemate in the Primeira Liga with Estoril, as Lucas Verissimo‘s second-minute header was cancelled out by Loreintz Rosier‘s 90th-minute equaliser in a frustrating affair.

It is now just two wins in their last six across all competitions for Benfica, who remain second in Champions League Group E – one point above Barcelona – and their unbeaten away record in the 2021-22 season is still intact as they somehow attempt to try to extend it this week.

Such a feat seems nigh-on impossible, though, as Benfica have suffered five defeats from five away games on Bayern’s turf, most recently going down 5-1 in the group stage of the 2018-19 tournament, with Arjen Robben and Franck Ribery both netting on the night. 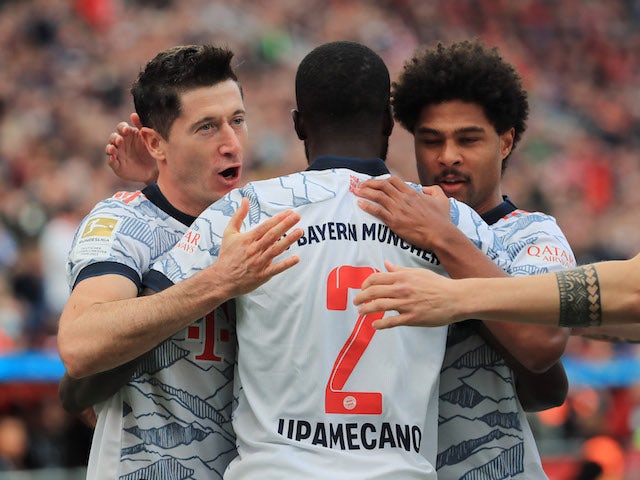 Leon Goretzka‘s bruised heel kept him out of the win over Union and he remains doubtful for this clash, and Lucas Hernandez is in the same boat after taking a blow to the knee in league action.

Hernandez and Dayot Upamecano will both miss the matchday five clash with Dynamo if they are booked here, but the latter could slot in for his affected teammate as Corentin Tolisso and Marcel Sabitzer seek to take advantage of Goretzka’s possible absence.

Serge Gnabry and Jamal Musiala are both pushing for recalls to the final third, but it is difficult to see the hosts making any alterations to their forward line while qualification is not quite in the bag.

As for Benfica, Andre Almeida came off with a muscle problem in the first meeting with Bayern and is set to remain sidelined alongside fellow full-backs Gil Dias and Valentino Lazaro.

Forwards Haris Seferovic and Rodrigo Pinho are also continuing their spells out of action, while Roman Yaremchuk came off after 45 minutes at the weekend, although that was thought to have been a tactical move.

Nemanja Radonjic was handed a rare start on the right-hand side at the weekend, but Gilberto and Diogo Goncalves are now set to compete for the honour of trying to keep Sane or Coman quiet this week.