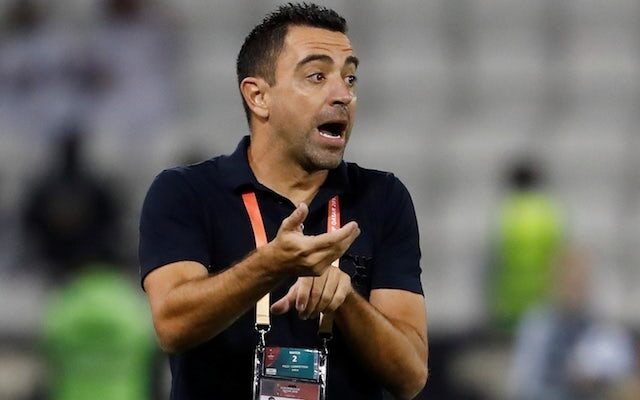 Xavi will reportedly attempt to bring a new striker to Barcelona during the January transfer window.

The Catalan giants are believed to be on the verge of appointing Xavi as their new manager, with club chiefs travelling to Qatar to meet with Al-Sadd to discuss a compensation package.

Barcelona will allegedly look to sign a new midfielder on loan at the start of 2022, with Tottenham Hotspur’s Tanguy Ndombele said to be a genuine option for the club.

However, according to Sport, the La Liga outfit are also planning to move for a new striker, as Xavi wants to boost his options in the final third of the field.

A recent report claimed that Luuk de Jong could be offloaded in January, with the Netherlands international, who is currently on loan from Sevilla, not part of the new head coach’s plans.

Ousmane Dembele, though, made his return from injury against Dynamo Kiev on Tuesday night and is now believed to be ready to sign a new contract with the club.