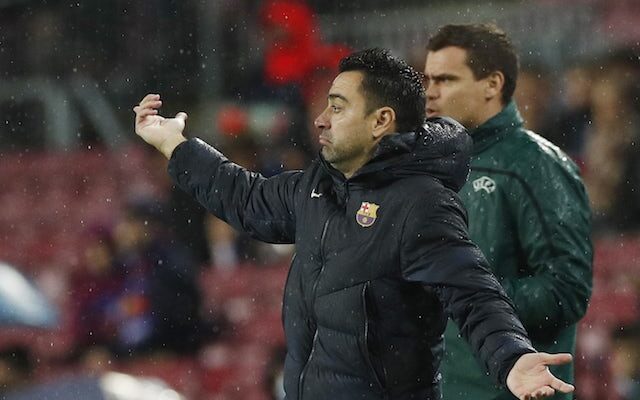 Barcelona boss Xavi is targeting improvement in the final third of the field ahead of Saturday’s La Liga clash with Villarreal at Estadio de la Ceramica.

The Catalan giants have only scored once in their two matches since Xavi’s arrival as head coach, with the winner against Espanyol last weekend coming from the penalty shout.

The new head coach has said that he is “happy with the defence” and “the pressure after losing the ball”, but the Spaniard has conceded that his side need to improve in the attacking areas.

“Everyone will think in their own way, I’m happy with the defence, the pressure after losing the ball, and we’re missing the final third which is where games are lost,” Xavi told reporters.

“Daring more, getting to the box, daring with one-on-ones, but in general I’m quite satisfied with what I see on the pitch. We want to force our opposition into their own half and I think we’re achieving that, but we have to score and win games.”

Barcelona are believed to be keen to sign a new forward in January despite their financial problems, with Chelsea‘s Timo Werner and Manchester United‘s Edinson Cavani both linked with moves.