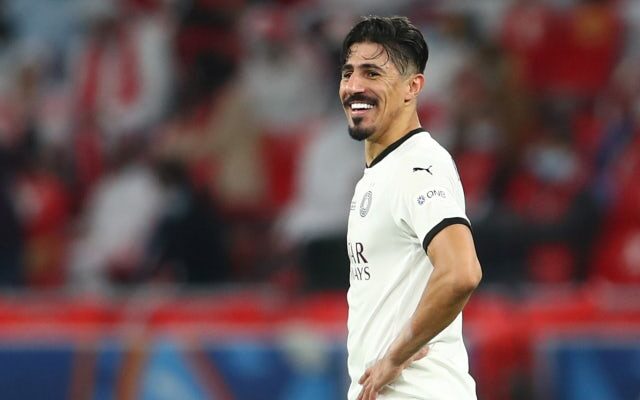 Barcelona are therefore expected to seek out attacking reinforcements in the January transfer window, with Karim Adeyemi and Pierre-Emerick Aubameyang both mentioned as possible targets.

Now, Fichajes claims that Xavi has set his sights on a reunion with Al-Sadd’s Bounedjah, who boasts a staggering record from his time with the Qatari side.

The Algeria international has scored 159 goals and set up 44 more in 153 games for Al-Sadd, as well as netting 22 times in 49 appearances for his country.

Bounedjah finished as the top scorer in the 2020-21 Qatar Stars League with 21 goals, and his deal with Xavi’s former side is due to expire in 2024.