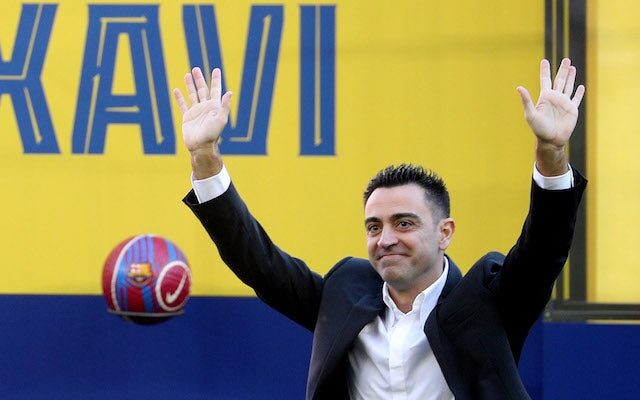 New Barcelona head coach Xavi has reportedly drawn up a list of 10 rules that his players will be required to follow.

The former Al-Sadd boss was unveiled as Ronald Koeman‘s successor earlier this week and held his first Blaugrana press conference on Monday.

Xavi oversaw training for the first time on Wednesday and is set to take charge of his first game of the club against Espanyol on November 20.

According to AS, Xavi has laid up a list of 10 rules that the Barca squad will be expected to adhere to, starting with his players arriving at the training ground 90 minutes before the day’s session starts.

The report adds that athletes will also be required to consume breakfast at the training complex, while fines will be reintroduced and mid-season holidays will be discouraged.

Xavi has already admitted that he is ‘concerned’ about the Blaugrana’s injury issues this term.