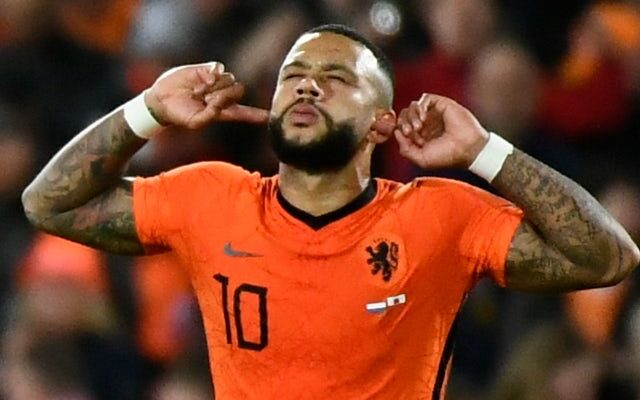 The Netherlands international has scored eight times and registered two assists in 23 appearances for the Catalan outfit since arriving on a free transfer last July.

Memphis only penned a two-year deal with Barcelona, though, and there has recently been speculation surrounding his future, with Juventus said to be weighing up a loan move for the attacker.

According to Sport, Xavi is open to letting the 27-year-old move on during the January window, with the Catalan outfit’s attack boosted with Ferran Torres‘s arrival and players returning from injury.

Ansu Fati is now back in the fold following fitness issues, while Martin Braithwaite is expected to be available for selection in the coming weeks following knee surgery.

Luuk de Jong has also been in impressive form in recent weeks, with the on-loan Sevilla striker finding the back of the net in each of his last three appearances.

Barcelona are still believed to be keen to sign Alvaro Morata, who is on loan at Juventus from Atletico Madrid, before the January transfer window closes for business.