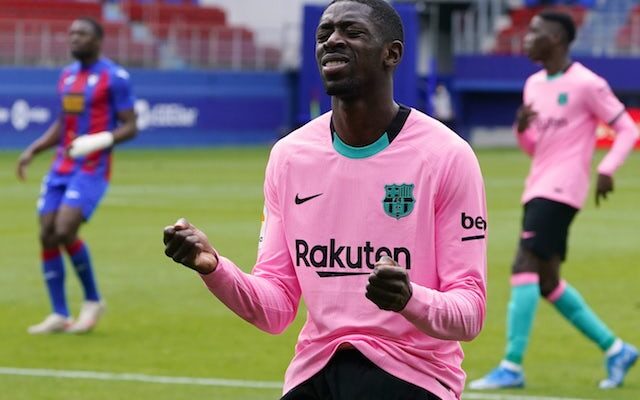 Barcelona‘s appointment of Xavi as their new head coach has reportedly boosted the club’s hopes of signing Ousmane Dembele to a new contract at Camp Nou.

The France international has just over six months left to run on his current deal, meaning that, as it stands, he will be free to discuss terms with foreign clubs at the turn of the year.

Manchester United, Juventus, Chelsea and Liverpool have all been credited with an interest in the attacker, who recently worked his way back from a long-term knee injury before picking up a hamstring problem.

Xavi has already spoken of his desire to keep Dembele at the club on a long-term basis, and according to Mundo Deportivo, the arrival of the new manager has increased Barcelona’s chances of keeping him.

The report, though, claims that the attacker’s agent is still keen to see how many clubs make moves for his client at the start of 2022.

The World Cup winner has scored 30 goals and registered 21 assists in 119 appearances for Barcelona since arriving from Borussia Dortmund in August 2017.