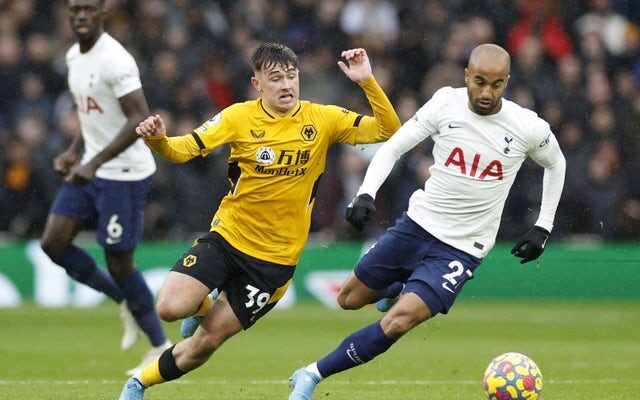 In a game which was decided by two early goals by Raul Jimenez and Leander Dendoncker, Cundle recorded a 96% passing success rate during his 84 minutes on the pitch.

While Lage praised the performance of his team, the Portuguese singled out the academy graduate, claiming that the 19-year-old played the game like ‘it was on the playground’.

Speaking to Sky Sports, Lage said: “I just said to the players the most important thing is the way we played. I was upset after the game against Norwich and against Arsenal because we did not play how we want to. We came here with that motivation. It was hard, especially after Arsenal, and it worked. More than the victory is the way that we played. That is the thing that gives us the things, the goals, the points. It is important for us to be solid.

“The important thing was what we tried to do in our midfield. We put one more man in there. Maybe Luke can be a key man because it allows us to play with four midfielders. Usually they play with the three strikers to press our centre-backs and we have four midfielders against two. It gives us more ball. First half we were the better team, second half was more balanced. We deserved the three points.

“After 2-0 they change a bit their system and we adapt. We change a bit our pressure. I think we controlled them very well. Maybe they have one or two chances to score but we also have more to score one more goal. It was the way we play here and with the kid from the academy. He is just 19 and I am very happy with him. The most important thing is the confidence he gives to us. He was there against top players playing like he is in the playground.”

Wolves now sit in seventh position in the Premier League standings, one point ahead of Spurs after their victory in the capital.