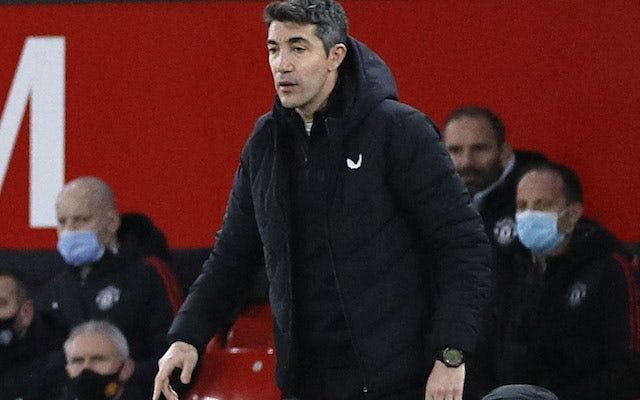 Head coach Bruno Lage has suggested that Wolverhampton Wanderers may have to consider a big offer for either Ruben Neves or Adama Traore.

Wolves were hugely impressive as they defeated Manchester United by a 1-0 scoreline on Monday night, moving the club into eighth position in the Premier League standings.

However, despite Lage having openly stated in the past that he would like to strengthen his squad, Wolves face a scenario where they may decide to sell Traore with just 18 months remaining on his contract.

While Wolves are in a stronger position with regards to Neves, Lage has acknowledged that the West Midlands outfit may reluctantly part ways with one of the pair before the end of January.

Speaking to reporters at a press conference, the Portuguese said: “When you want to do the next step and every time you sell your best players, the next step never happens.

“The main point is to continue with the same players, but if one big transfer appears sometimes you cannot say no. You never know if something happens in the last minute, then you have to decide what is best for the club and the player.”

Neves is known to have admirers in Manchester United, while Tottenham Hotspur are allegedly preparing an approach for Traore.