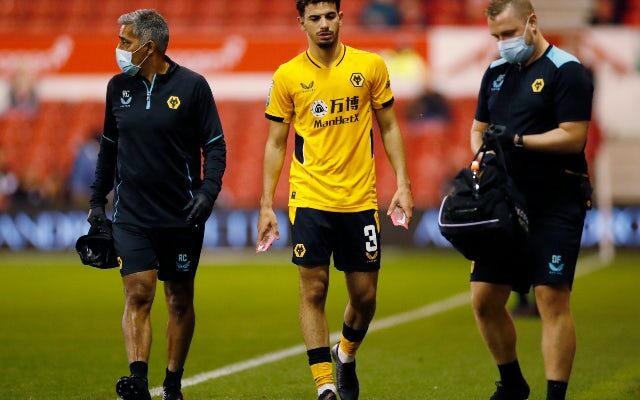 Wolverhampton Wanderers full-back Rayan Ait-Nouri is on the radar of Paris Saint-Germain, according to a report.

The 20-year-old made 23 Ligue 1 appearances for Angers before joining Wolves on a permanent deal this summer following an impressive loan spell.

Ait-Nouri has taken advantage of Jonny‘s injury woes to nail down a spot in the Wolves XI, playing the full 90 minutes in his side’s last six Premier League games and helping Bruno Lage‘s side keep three clean sheets in their last four.

Ait-Nouri’s performances have not gone unnoticed, with The Sun claiming that PSG are now planning to make a move for the ex-Angers man in the January window.

The report claims that Ait-Nouri is a ‘must-buy’ for PSG after recommendations from Mauricio Pochettino‘s scouts, but it could take up to £30m to prise him away from Wolves.

The left-back boasts one goal and three assists from 34 games for the Premier League club and is under contract at Molineux until 2026.