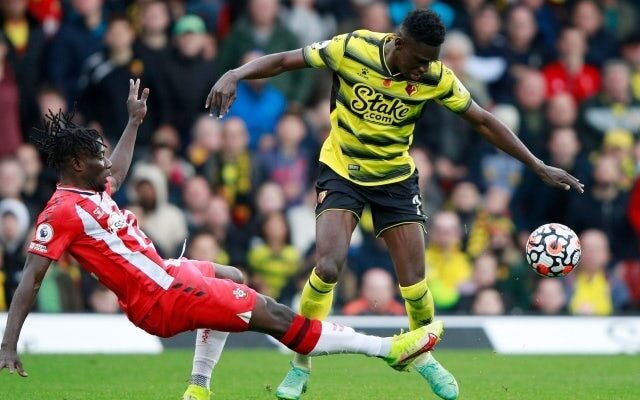 Watford will be without two players this weekend when they travel to face Leicester City, forcing changes to the starting lineup.

The Hornets will be missing both Ismaila Sarr and Nicolas Nkoulou due to injuries after they were both brought off during the 4-1 victory against Manchester United last weekend.

The Watford Observer have confirmed that neither man has been able to recover in time to feature against the Foxes on Saturday and there is no return date set for them.

Nkoulou has played in three Premier League fixtures so far this season, while Sarr has been involved in every game, scoring five goals in the process.

Watford currently sit 16th in the table, just four points above the relegation zone, but they do have the opportunity to leapfrog their opponents with a victory.