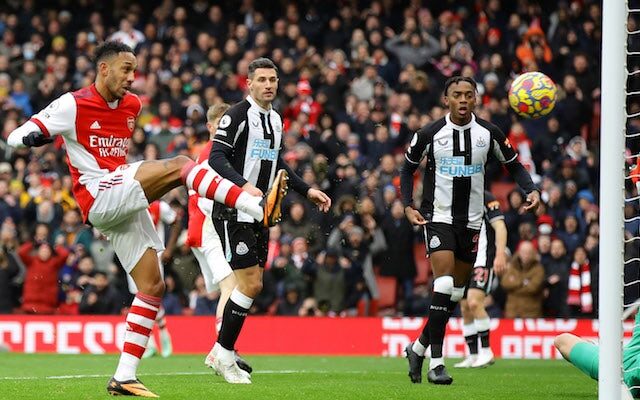 Pierre-Emerick Aubameyang has produced a contender for the miss of the season during Arsenal‘s Premier League clash with Newcastle United this afternoon.

The Gabon international boasts a prolific record against the Magpies, but had barely had a kick of the ball in an attacking sense prior to his chance five minutes before half time.

Aubameyang looked certain to break the deadlock as the ball fell to him just a few yards from goal after Martin Dubravka had made a fine save to deny Emile Smith Rowe‘s header.

However, the Arsenal skipper somehow turned his effort onto the post when it looked easier to score.

How did he not score there!? 🤯

The sitter was Aubameyang’s fourth miss from a clear-cut chance this season, with only five players registering more in the Premier League so far.