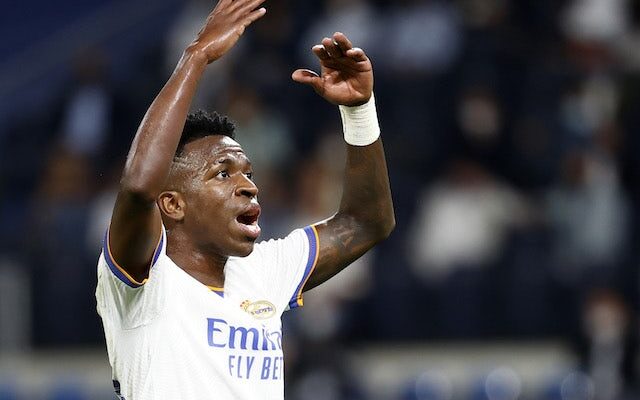 The Brazilian has developed into one of the club’s biggest stars, already contributing nine goals and three assists in La Liga and the Champions League this season.

With the 21-year-old possessing a contract until 2024, Los Blancos are already in a strong position with regards to the player’s future.

However, Marca has claimed that Real are prepared to almost treble Vinicius Junior’s wages to keep him at the Bernabeu in the long term.

Real will also look to increase the attacker’s release clause, which is already set at just under £600m.

The player has acknowledged that he will not entertain leaving the club in the near future.