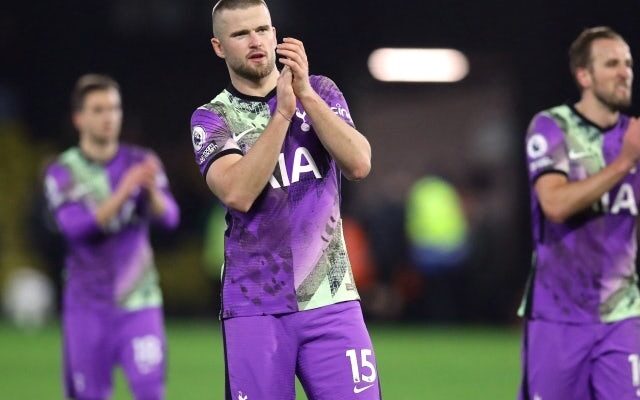 Eric Dier has been ruled out of the upcoming North London derby this weekend due to injury.

Tottenham Hotspur are due to play their rivals Arsenal this weekend, although the Gunners have requested that the game is postponed due to their squad being affected by COVID-19, injuries, and Africa Cup Of Nations absentees.

However, Spurs are also missing out on players as well, with the club having a growing list of issues, which now includes the central defender.

“About Eric Dier, he is suffering a little problem. A little muscular problem. He is not fit for the game against Arsenal. It is a pity, I repeat,” Antonio Conte revealed.

The 27-year-old has been a key member of the squad this season for Tottenham, having made 18 appearances in the Premier League throughout the campaign.

Spurs currently sit two points behind Arsenal, giving them the chance to overtake their rivals if they are able to secure a victory this weekend.