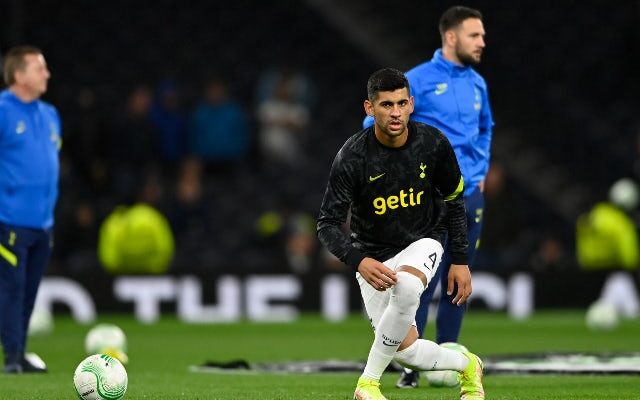 Tottenham Hotspur centre-back Cristian Romero picked up a hamstring injury while on international duty, and is reportedly a doubt ahead of Leeds United’s visit to North London on Sunday.

The Argentinian defender was forced off the pitch after 53 minutes on Wednesday, as his nation battled it out with South-American rivals Brazil, having suffered a suspected hamstring injury.

Romero has continued to be a key member in Spurs’ side, and the 23-year-old has retained his place in the starting lineup since the arrival of new manager Antonio Conte.

According to The Standard, Tottenham will assess the extent of Romero’s injury when he returns to the club on Thursday after the international break, but the Lilywhites are concerned over his availability for Sunday’s Premier League outing.

Spurs welcome Leeds to the Tottenham Hotspur Stadium this weekend, looking for their first league win under Conte, having played out a goalless draw last time out against Everton.

Ryan Sessegnon and Bryan Gil rejoined the playing group this week after recovering from hamstring injuries, while the majority of Spurs’ internationals trained with the team again on Wednesday.