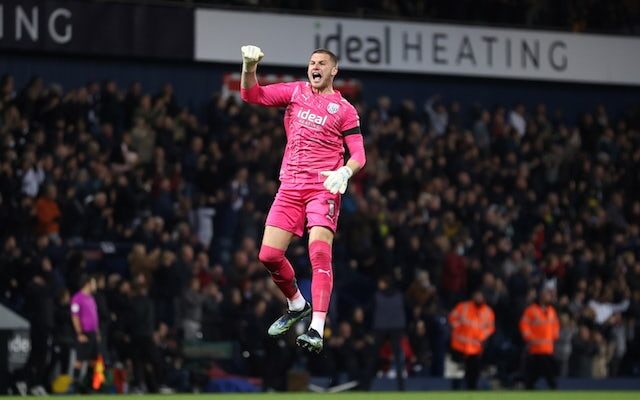 West Bromwich Albion are preparing to step up contract talks with Sam Johnstone in the hope of convincing the England international to remain at the Hawthorns.

The 28-year-old was linked with a move away last summer and had been expected to depart following his team’s relegation to the Championship.

Johnstone ultimately stayed with West Brom beyond the transfer deadline, though, and he has 14 Championship appearances this season, keeping six clean sheets in the process.

The Englishman’s contract at the Hawthorns is due to expire next June, and Tottenham Hotspur are said to be considering him as a replacement for current number one Hugo Lloris.

However, West Brom boss Valerien Ismael has revealed that the club will intensify contract discussions with the stopper in January to convince him to extend his stay.

“From January we will start to go more intensively in the discussion but at the moment we’re all focused on the pitch, on the performances,” Ismael told reporters.

“We know what we have to do to give ourselves a good position for the negotiation with him.
It’s a patient game now, like a chess game. He wants to see. For sure, we want to extend and, at the minute, I’m not worried, it’s a normal process.

“I have spoken frequently with him, not only about the contract situation but also about the national team, about games, build-up, and how we can improve.”