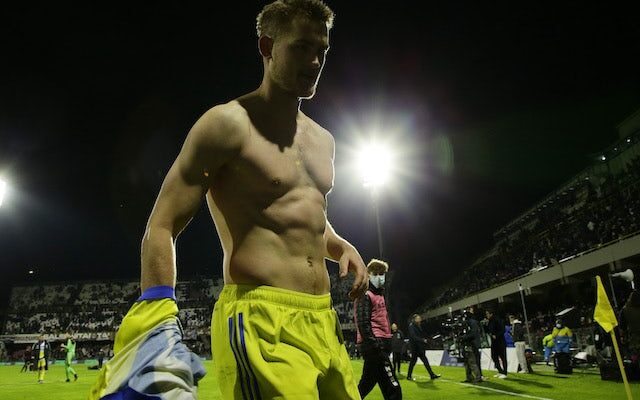 Tottenham Hotspur are reportedly not prepared to fork out the nine-figure release clause of Juventus defender Matthijs de Ligt.

Antonio Conte is being tipped to improve Spurs’ defence with a number of Serie A mainstays in the coming months, including Inter Milan duo Milan Skriniar and Stefan de Vrij.

Juventus starlet De Ligt has also been linked with a move to North London, and his agent Mino Raiola has claimed that a switch to the Premier League in 2022 could be on the cards.

The report adds that Tottenham will hope to secure the 22-year-old’s signature for a “significantly” lower fee, but they will have to fend off interest from London rivals Chelsea.

De Ligt has registered six goals from 95 games for Juventus since arriving from Ajax in 2019, and he has played the full 90 minutes in each of the Old Lady’s last eight Serie A matches.