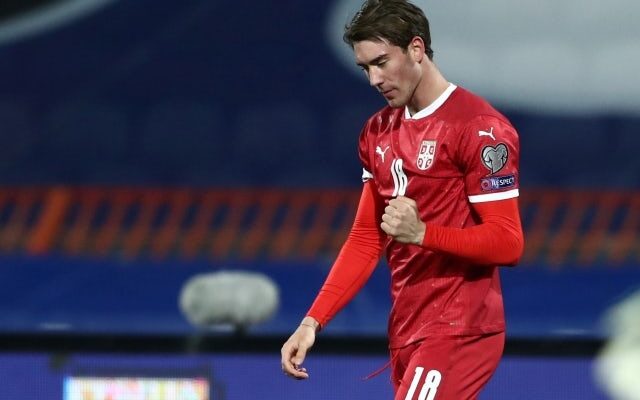 Following the arrival of Antonio Conte in the North London dugout, Spurs are being tipped to bring a wealth of Serie A talent to the Premier League in 2022.

Fiorentina president Rocco Commisso recently admitted that his attempts to tie Vlahovic down to a new deal were unsuccessful, with the 21-year-old now expected to be in high demand next summer.

According to Calciomercato, Tottenham are already budgeting for a swoop for the Serbia international, with Fiorentina not prepared to let him go on the cheap despite his contract situation.

The report adds that Spurs would have to table a bid in excess of €60m (£51m) to get their man, and Vlahovic continues to be linked with the likes of Manchester City and Juventus.

Vlahovic has 10 goals from 12 games in all tournaments this season and boasts a total of 39 strikes in 96 games for La Viola since arriving in 2018.