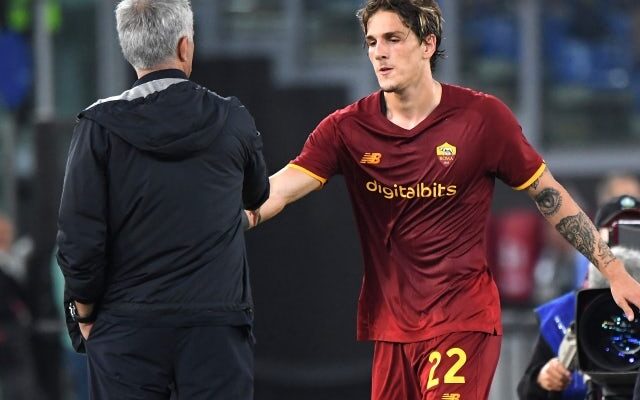 Antonio Conte has been tipped to delve in to the Serie A market for new recruits in the new year, and the Italian is believed to be monitoring Zaniolo’s situation under head coach Jose Mourinho.

According to Calciomercato, the 22-year-old is unhappy to have started on the bench in Roma’s last two league matches against Venezia and Genoa and he recently had a small ‘quarrel’ with former Spurs manager Mourinho in training.

The report adds that the Italy international is valued by the Giallorossi at around €40m (£33.6m), a figure which Tottenham would be prepare to pay for the midfielder.

Spurs may, however, face stern competition from Manchester United, who Zaniolo would be interested in joining, while Juventus have also been credited with an interest.

Zaniolo who has just over two years remaining on his contract at the Stadio Olimpico, has made 84 appearances across all competitions for Roma, scoring 15 goals and providing eight assists.