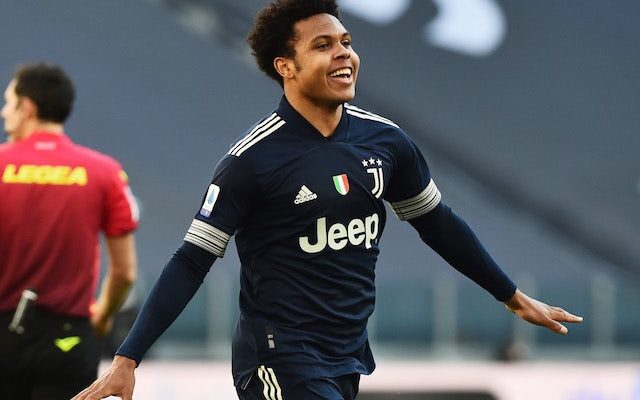 Tottenham Hotspur have supposedly been told to fork out a figure of €20m (£17.1m) if they want to prise Weston McKennie away from Juventus.

Following the arrival of former Bianconeri boss Antonio Conte, the Italian and his compatriot Fabio Paratici are being tipped to raid the Serie A market in 2022.

McKennie has been touted as a target for Spurs, with the 23-year-old struggling to become a consistent part of the Old Lady’s plans under Massimiliano Allegri.

According to Calciomercato, Juve would be willing to let the USA international depart if they received a relatively modest €20m (£17.1m) for his services.

The report adds that Allegri has been impressed with McKennie’s recent performances and attitude to training, but he is not considered an indispensable asset by the club.

McKennie boasts two goals from his last three Serie A matches and is not due to become a free agent until the summer of 2025.