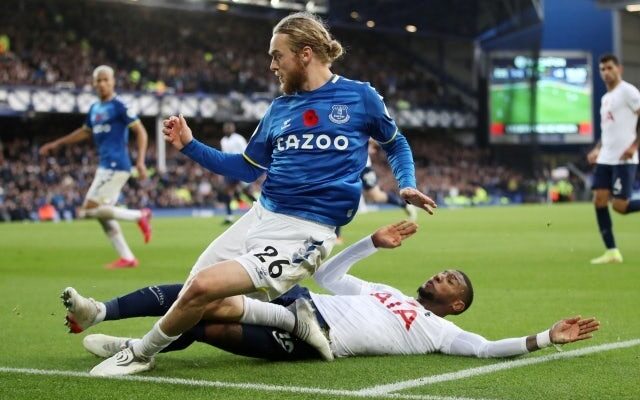 Tom Davies will be unavailable for Everton this weekend due to a knee injury he suffered prior to the international break.

The central midfielder sustained a knock to his knee when the Toffees drew against Tottenham Hotspur and he has been unable to recover from it in time to face Manchester City on Sunday.

“He had a knock during the game and we assessed him after the game,” Rafael Benitez said during his pre-match press conference.

“He has a little problem with his knee so he is another player who is not available at the moment. It will not be too serious but he can not play at the moment.”

It is unclear when Davies will be back and available for the club, but it did add to Everton’s growing list of injuries which includes; Dominic Calvert-Lewin, Yerry Mina, Andre Gomes and Abdoulaye Doucoure.

The Toffees are currently 12th in the Premier League table after the first 11 fixtures, having not won in their previous five outings.