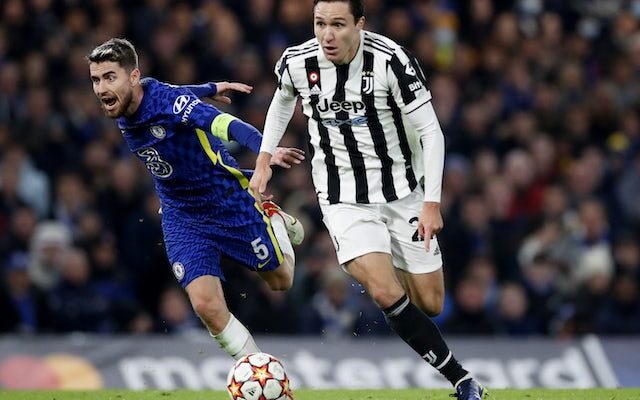 The Blues, who currently sit at the top of the Premier League standings, are well stocked for options in the final third.

Nevertheless, they continue to be linked with a wide range of attackers, including Chiesa who has made 13 starts for Juventus in Serie A and the Champions League this season.

Over recent weeks, it has been suggested that Juventus would reject any offer for the Italy international, regardless of the club needing to improve their financial situation.

However, according to journalist Enzo Bucchioni, Chelsea are willing to offer £71m for the 24-year-old during the January transfer window.

“Evidently seeing him play twice closely has removed the last doubts and Tuchel gave the OK and the operation has officially started through intermediaries.”

Juventus have an obligation to buy Chiesa from Fiorentina, a deal which will not be made official until the summer.