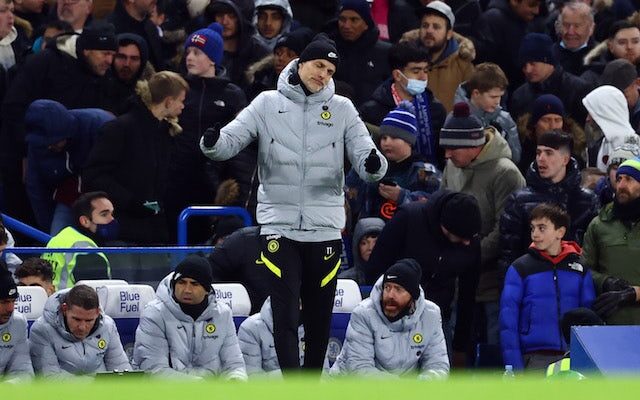 Head coach Thomas Tuchel has acknowledged that he was delighted with Chelsea‘s performance during Sunday’s 1-1 draw with Manchester United.

Despite dominating for long periods, the Blues went behind early in the second half after a Jorginho mistake allowed Jadon Sancho to run clear on goal and convert past Edouard Mendy.

Jorginho made amends midway through the second period, the Italian scoring from the penalty spot, but Antonio Rudiger squandered a late chance to claim all three points for the Premier League leaders.

While admitting that he was frustrated to only claim a share of the spoils, Tuchel insisted that he could not fault the level of his team’s performance.

Speaking to BBC Sport, the German said: “It can happen in football, unfortunately it happened twice to us, it also happened against Burnley.

“I am absolutely happy with the performance. We dominated from the first minute, we were aggressive and never stopped attacking. Unfortunately we scored two goals, one for each side.”

“We were very disciplined and sharp. I am happy with what I saw, it was a pleasure to coach on the sidelines. We can not guarantee results but if we play like this we can increase the chances for results.”

Chelsea now sit just one point clear at the top of the standings ahead of Wednesday’s fixture at Watford.