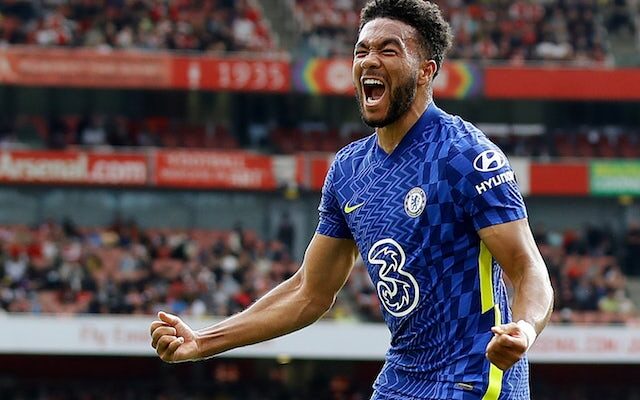 Thomas Tuchel has suggested that his Chelsea wing-backs will continue to evolve with every match as they again impressed in the 3-0 victory over Leicester City.

While Reece James and Ben Chilwell each provided an assist, the England duo were a constant menace to the Foxes defence at the King Power Stadium.

After producing a performance where Chelsea could have scored several more goals, Tuchel feels that there is still more to come from those areas of the pitch.

Speaking to reporters after the game, Tuchel said: “We understand better and better where we can take risks, adapt our positions, and not to go fully overconfident.

“We can have a bit of freedom with our offensive movements. The wing-backs can adapt to half positions to support our attackers. It’s a matter of repetition and understanding. At the moment, they do very well no matter who plays.”

Premier League leaders Chelsea now hold a six-point advantage over Manchester City, who square off against Everton on Sunday afternoon.