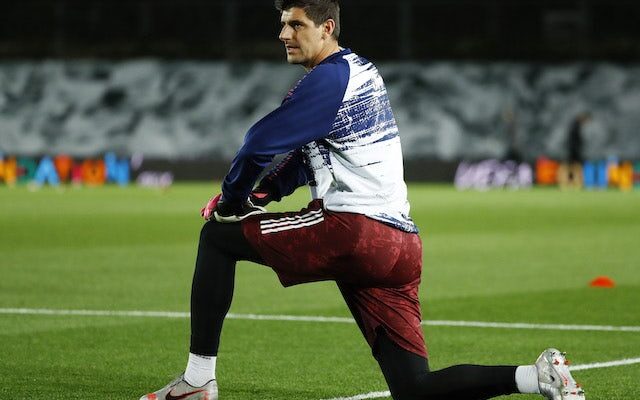 Thibaut Courtois has been included in the Real Madrid squad for Sunday’s La Liga clash with Getafe despite concerns that the Belgian would miss out following a positive COVID-19 test.

The goalkeeper’s positive result is believed to have been an error, so he has been cleared to feature against Getafe this weekend, while the same can also be said for Federico Valverde.

Eduardo Camavinga has also now returned a negative result, but the midfielder is unavailable for selection this weekend through suspension, while Vinicius Junior and Luka Jovic are out following positive tests.

Los Blancos will also be without the services of Dani Carvajal through injury, but Andriy Lunin, David Alaba, Isco, Luka Modric, Marcelo, Marco Asensio and Rodrygo are back after recovering from coronavirus.

Gareth Bale, though, has not been included in the Real Madrid squad for the contest, with the Wales international seemingly not yet recovering from the virus.

Dani Ceballos is yet to feature for Los Blancos this season due to a long-term ankle problem, but the Spaniard has been named in the squad for this weekend’s match.