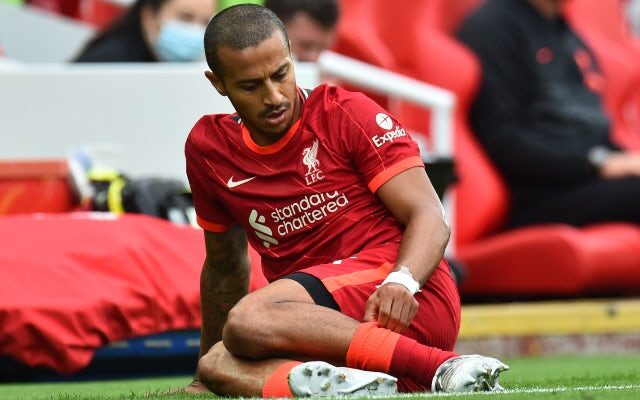 Liverpool midfielder Thiago Alcantara is reportedly keen to return to Barcelona next year.

The 30-year-old has made 37 appearances for the Reds since arriving from Bayern Munich in September 2020 but has largely found it difficult to show his best form for Jurgen Klopp‘s side.

A recent report claimed that new Barcelona boss Xavi is keen to bring the Spain international back to Camp Nou as part of a rebuild at the club.

According to Todofichajes, Thiago is open to returning to the Catalan giants and is confident that Liverpool would let him leave if he expressed a desire to seek pastures new.

The Spaniard initially represented Barcelona between 2005 and 2013, progressing through the youth system before turning out for the first team on 101 occasions in all competitions.

The La Liga giants are said to be planning a busy January transfer window despite their financial problems, with Manchester City‘s Raheem Sterling a leading target.

Experienced defender Dani Alves has already become the first signing of the Xavi era at Barcelona.