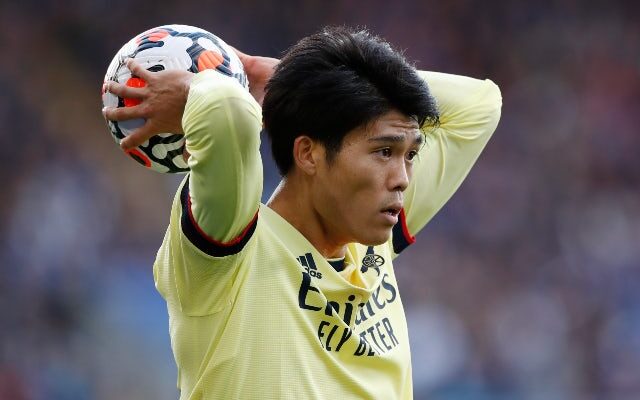 Takehiro Tomiyasu has confirmed that he rejected the chance to join Tottenham Hotspur in order to move to Arsenal in the summer.

Spurs were widely expected to land the former Bologna man in August before ultimately striking a deal with Barcelona for Emerson Royal.

As a result, Arsenal moved for Tomiyasu during the last knockings of the window and struck a deal on deadline day for the 22-year-old, who has made an impressive start to life under Mikel Arteta.

Tomiyasu has now opened up on the transfer saga, with the Japan international revealing that he turned down the chance to move to Spurs in order to sign for their bitter rivals.

“I thought I wasn’t able to join Arsenal. I thought I was going to Spurs. On Deadline Day, I rejected them. Arsenal asked me to join them and I did immediately,” Tomiyasu told DAZN Japan.

Tomiyasu has played the full 90 minutes in each of Arsenal’s last six Premier League games and is yet to be on the losing side since making the move to North London.