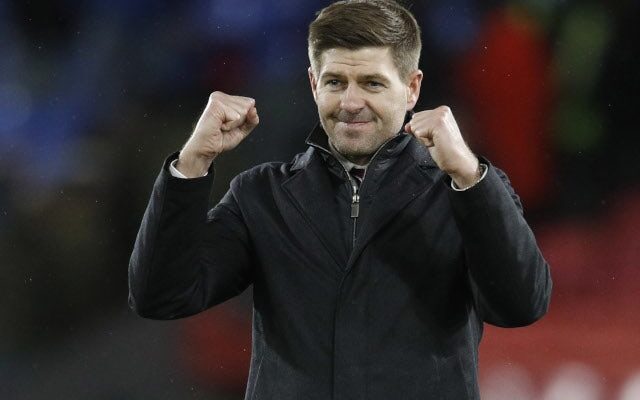 Steven Gerrard says that his Aston Villa side ‘cannot get carried away’ after recording a 2-1 victory away at Crystal Palace on Saturday afternoon.

Goals from Matt Targett and John McGinn secured all three points for Villa at Selhurst Park, Gerrard building on the 2-0 triumph at home to Brighton & Hove Albion last weekend.

While the West Midlands outfit now sit in 11th position in the Premier League standings, Gerrard has called on his squad to avoid getting ahead of themselves over the coming weeks.

Speaking to Match Of The Day, the Englishman said: “We can’t get carried away. It has been a positive couple of weeks. The players have been fantastic in their application. We had to dig in at times today but we managed to get over the line which is nice.

“We have got an impressive set-piece specialist at Aston Villa and his job is to identify weaknesses in the opposition side. The players deserve all the credit for going and implementing that goal.

“I have been lucky and blessed enough to play at a high-level. I’ve wanted to grow and take information with me, in terms of shape and how you look out of possession. Hopefully in time people will see that identity and philosophy come across. It is a real big step to take six points from six.”

Villa are next in action when they play host to Manchester City on Wednesday night.