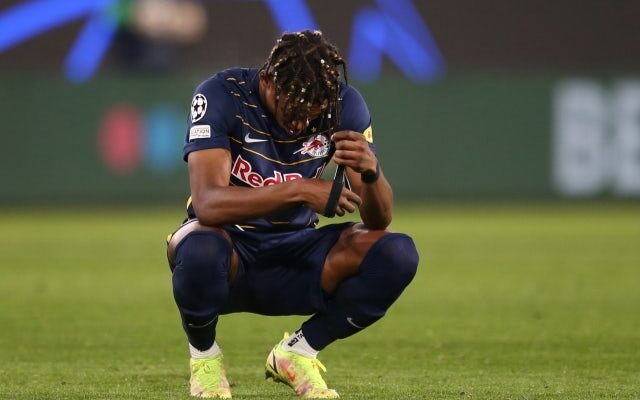 Southampton are the latest club who have expressed their interest in signing Red Bull Salzburg forward Chukwubuike Adamu, according to a report.

The 20-year-old starlet has managed to break into Die Rotten Bullen’s first team this season and a string of impressive performances are believed to have caught the eye of several top clubs across Europe.

According to the Daily Mail, the Saints have joined Monaco and a host of Bundesliga teams in the race to land Adamu, who is valued at around £15m.

The youngster spent the second half of last season on loan with Swiss outfit St Gallen, where he scored eight goals in 18 games before returning to Salzburg this campaign.

Across all competitions with Die Rotten Bullen this term, Adamu has contributed with four goals and one assist in 19 appearances, six of which have been starts.

Adamu, who has gained Champions League experience with Salzburg this season, has represented Austria at youth level, however he is considering switching allegiances to Nigeria, where he was born, ahead of the Africa Cup of Nations next year.