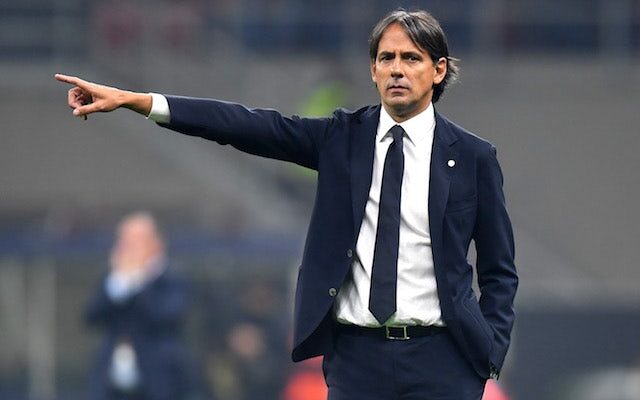 Inter Milan manager Simone Inzaghi has shrugged off the possibility of new Tottenham Hotspur boss Antonio Conte returning to his former club to sign players during the January transfer window.

Conte took over from Nuno Espirito Santo last week – the Italian’s first role since leaving Inter Milan having steered them to the Serie A title.

Spurs have since been linked with a number of Inter players who also played under Conte, including Milan Skriniar, Marcelo Brozovic and Stefan de Vrij.

However, Inzaghi insists that he is not thinking about the January transfer window just yet, with Inter understood to be reluctant to let any key players leave midway through the season.

“I’ve never thought about them, I am focused on games. It’s too early to think about January,” Inzaghi told reporters.

Champions Inter currently sit third in the Serie A table after 12 games, although they trail joint-leaders Napoli and AC Milan by seven points.