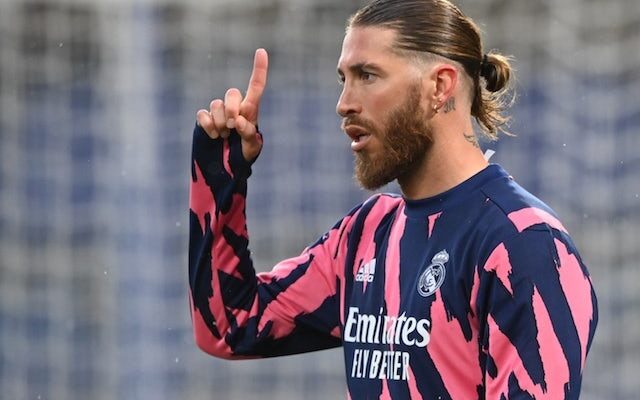 Sergio Ramos could finally make his long-awaited debut for Paris Saint-Germain after being included in the squad for Wednesday’s Champions League battle with Manchester City.

The 35-year-old has endured three months of frustration since arriving on a free transfer, with a calf problem preventing him from turning out for Mauricio Pochettino‘s side so far.

There was speculation that Ramos’s deal could have been terminated due to his injury woes, but the ex-Real Madrid man now seems set to put the autumn months behind him.

Ramos did not make the cut for the Ligue 1 win over Nantes at the weekend, but PSG confirmed on Tuesday morning that he is in the travelling party for the visit to the Etihad.

The Parisian squad for #MCIPSG! 📋🔴🔵

Rafinha and Julian Draxler will both miss out through injury, while Sergio Rico, Layvin Kurzawa and Juan Bernat have not been included by Pochettino.

PSG sit one point and one place below leaders Man City in Group A and will confirm their place in the last-16 with all three points at the Etihad on Wednesday night.