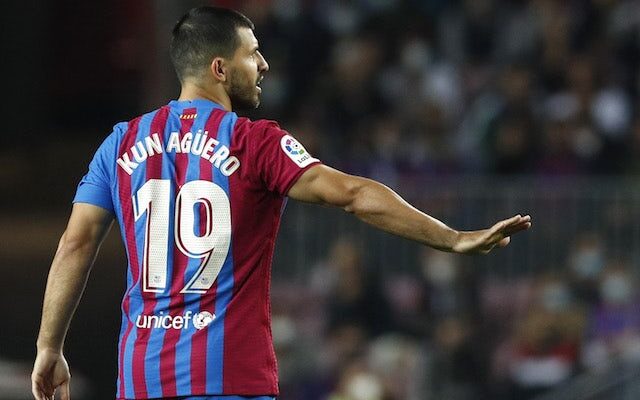 Sergio Aguero reportedly left Camp Nou in an ambulance on Saturday night after having difficulty breathing during Barcelona’s La Liga clash with Alaves.

The Argentina international was forced off in the latter stages of the first half at Camp Nou, with Philippe Coutinho introduced as his replacement in the 1-1 draw.

Aguero appeared to be struggling to breathe as he held his chest, but the striker was able to walk off the field despite a stretcher being called.

Various reports in Spain have claimed that the summer arrival from Manchester City left the stadium in an ambulance to determine the extent of the problem.

According to journalist Jose Alvarez Haya, Aguero is ‘fine’ but will undergo tests at the hospital.

The 33-year-old missed the start of the season due to a calf problem but has recently returned to action and scored his first goal for the Catalan giants against Real Madrid last weekend.