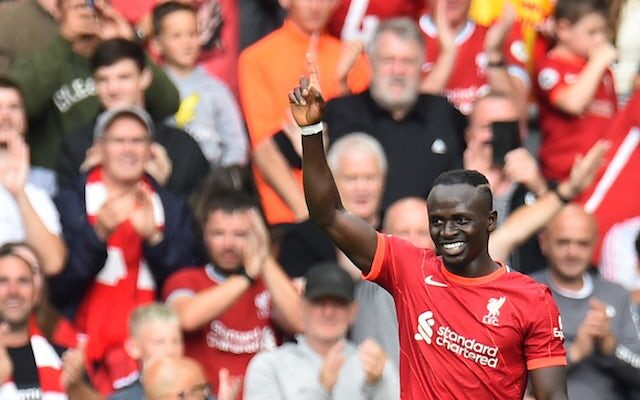 Senegal boss Aliou Cisse has said that the decision to replace Sadio Mane in the first half of Thursday’s World Cup 2022 qualification clash with Togo was purely precautionary.

The Liverpool attacker was substituted in the 28th minute of the 1-1 draw, having collided with a Togo defender inside the penalty box, and he looked in discomfort leaving the field.

However, when questioned on the 29-year-old after the qualification fixture, the Senegal boss insisted that the injury suffered by the forward was “nothing serious”.

“Yes, the exit of Sadio Mane destabilized us. He is an important player for the team, we took him off as a precaution and there is nothing serious,” Cisse told reporters.

Mane has again been in impressive form at club level during the 2021-22 campaign, scoring eight times in 15 appearances, including six goals in 11 Premier League outings.

Senegal are due to continue their World Cup qualification campaign against Congo on Sunday, while Liverpool’s next fixture is at home to Arsenal in the Premier League on November 20.