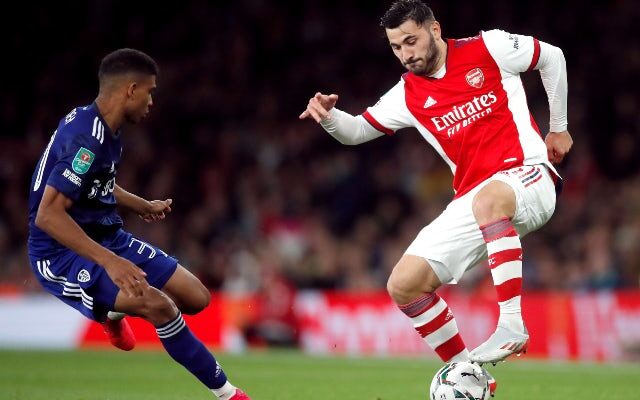 Arsenal are reportedly hopeful of offloading Sead Kolasinac in the January transfer window.

The Bosnia-Herzegovina international was already the Gunners’ second-choice left-back behind Kieran Tierney before being pushed further down the pecking order following Nuno Tavares‘s arrival.

Kolasinac was widely expected to head for the exit door in the summer, but the 28-year-old ultimately stayed put and has made four appearances in all competitions this season.

However, with the defender’s deal due to expire next summer, football.london reports that Arsenal are hoping to garner a fee for him over the winter.

The report adds that Turkish side Fenerbahce could reignite their pursuit of Kolasinac, who would reunite with former Arsenal man and good friend Mesut Ozil in Turkey.

Kolasinac boasts five goals and 15 assists in 117 games for the Gunners across all competitions but has played just 91 minutes of Premier League football so far this term.