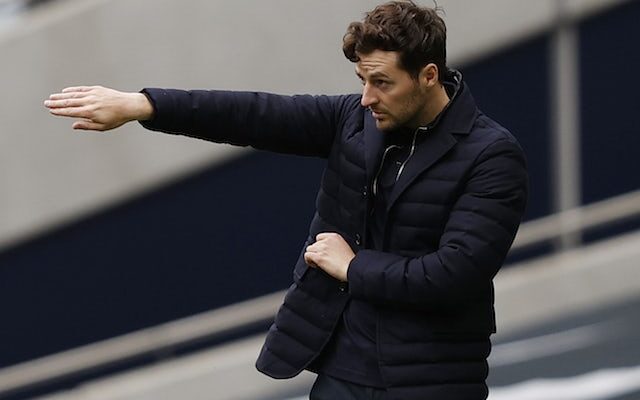 Tottenham Hotspur manager Antonio Conte has selected Ryan Mason to be a part of his coaching team in North London.

The Italian’s coaching staff were confirmed on Thursday afternoon ahead of his first game in the dugout, with Vitesse lying in wait in the Europa Conference League.

Mason took charge of seven games for Spurs following the sacking of Jose Mourinho last term, leading his side to four wins and a 1-0 defeat to Manchester City in the EFL Cup final.

The Daily Mail claims that Conte was impressed by what he saw from Mason during the club’s training sessions in the week, and the 30-year-old will work under the Premier League winner following his previous role as head of academy coaching.

Cristian Stellini – who has been Conte’s right-hand man at Juventus and Inter Milan – will be the Italian’s assistant manager, while Gianluca Conte, Costantino Coratti, Gian Piero Ventrone and Stefano Bruno are also part of his group.

Conte and his coaching staff have all received their work permits in time to take charge of Thursday’s continental battle with Vitesse.