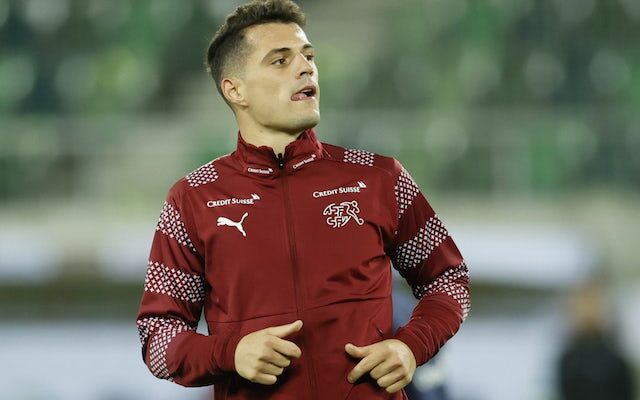 Roma could decide to reignite their interest in Arsenal midfielder Granit Xhaka next year, according to a report.

Jose Mourinho‘s side were widely expected to lure the Switzerland captain away from the Emirates in the summer but supposedly refused to meet the Gunners’ £20m asking price.

As a result, Xhaka remained in North London and penned a contract extension until 2024, although he is currently sidelined with a serious knee injury.

With Arsenal enjoying a strong run of form without Xhaka in the side, Corriere dello Sport claims that Roma could try again for the 29-year-old in January.

The report adds that it is ‘not impossible’ for the Serie A side to reopen talks over the winter, with Xhaka responding to Mourinho’s COVID-19 vaccine plea following his positive test two months ago.

Xhaka has won two FA Cups since arriving at Arsenal from Borussia Monchengladbach in 2016 and started four Premier League games in the 2021-22 season before suffering his knee injury against Tottenham Hotspur.

The midfielder has totalled 13 goals and 20 assists in 225 appearances across all competitions for Arsenal.