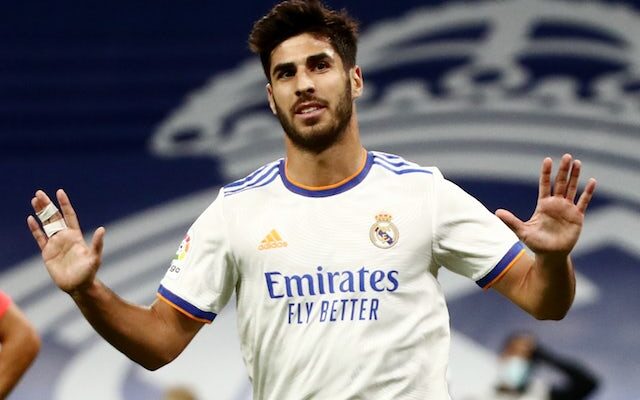 Real Madrid are reportedly willing to entertain offers in the region of £34m for midfielder Marco Asensio.

The Spain international has made four starts and eight substitute appearances in all competitions this season, solidifying the perception that he is no longer regarded as first choice at the Bernabeu.

With game time not being provided on a regular basis, it has been claimed that the 25-year-old has no intention of extending his contract past 2023.

According to El Nacional, Los Blancos officials are open to parting ways with the playmaker for £34m in January.

The report comes at a time when it has been suggested that Real are willing to sell another six players in order to reduce their wage bill.

Liverpool, Arsenal and AC Milan are among the clubs who have been linked with Asensio in recent months.