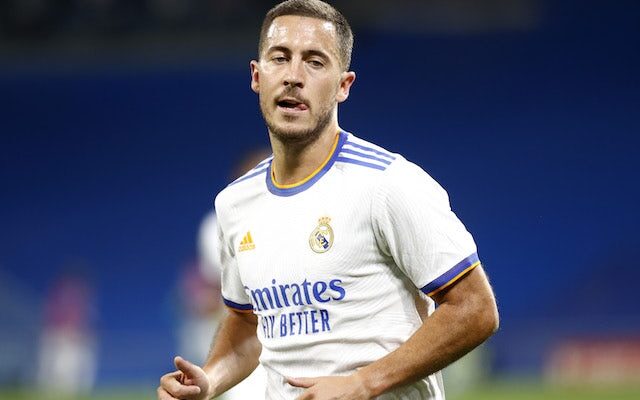 Real Madrid will reportedly sanction the sale of Eden Hazard if they receive an offer of £34m for the 30-year-old.

The former Chelsea man has failed to make his mark at Bernabeu since his nine-figure move due to injuries and continues to be linked with an exit from the Spanish capital.

A return to Stamford Bridge has unsurprisingly been mooted, with the Blues thought to be willing to hand him a lifeline with a January loan deal.

Now, El Nacional reports that Real Madrid are willing to cut their losses and sanction a permanent exit for just £34m, with his deal due to expire in 2024.

The report claims that president Florentino Perez lost patience with Hazard ‘a long time ago’, and Newcastle United are the only club willing to take him on.

Hazard boasts just five goals and nine assists from 54 games in a Real Madrid shirt and missed the weekend’s win over Sevilla due to gastroenteritis.