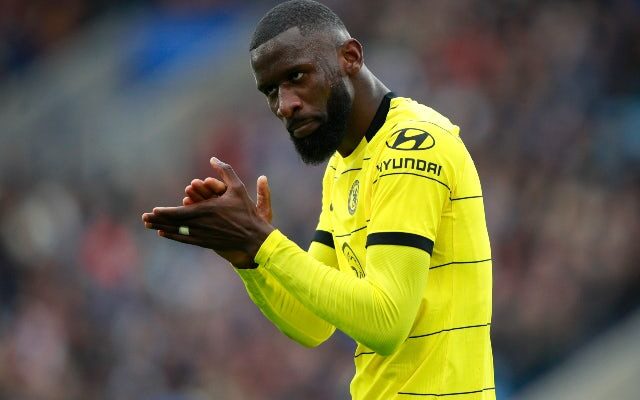 Chelsea centre-back Antonio Rudiger would reportedly choose to join Real Madrid over any other club, as the speculation surrounding the Germany international continues to gather pace.

Rudiger’s contract at Stamford Bridge is due to expire next June, and Chelsea are finding it difficult to come to an agreement with the defender over an extension.

Manchester United and Paris Saint-Germain have both been strongly linked with the German in recent days, with the pair believed to be determined to sign him on a free transfer.

However, according to Bild journalist Christian Falk, Real Madrid remain the favourites for Rudiger, who would choose to move to the Bernabeu over any other club.

Falk claims that Los Blancos are ‘negotiating’ for the 28-year-old, although the centre-back is yet to make a firm decision on his future.

Rudiger has again been a vital player for Thomas Tuchel‘s side during the 2021-22 campaign, scoring twice and providing four assists in 21 appearances in all competitions.