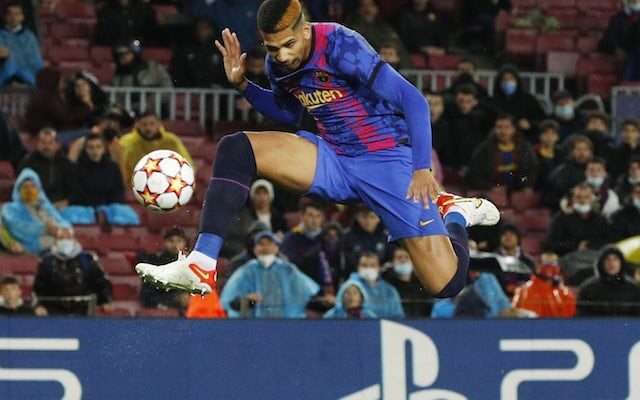 The Uruguay international has been in impressive form for the Catalan giants during the 2021-22 campaign, making 22 appearances in all competitions, including the full 120 minutes of the Spanish Super Cup semi-final against Los Blancos last week with a broken hand.

Araujo has entered the final 18 months of his contract at Camp Nou, though, and it is understood that the two parties are struggling to come to an agreement over an extension.

According to AS, Real Madrid are keeping a close eye on the situation and are lining up an offer for the South American in the hope of bringing him to Bernabeu.

Barcelona have been able to boost their squad with the arrival of Ferran Torres this month, but the club are still struggling financially and need to move players on to ease their problems.

Araujo – also linked with Manchester United, Liverpool and Chelsea – has made 61 appearances for his current side since arriving from Boston River in 2018.