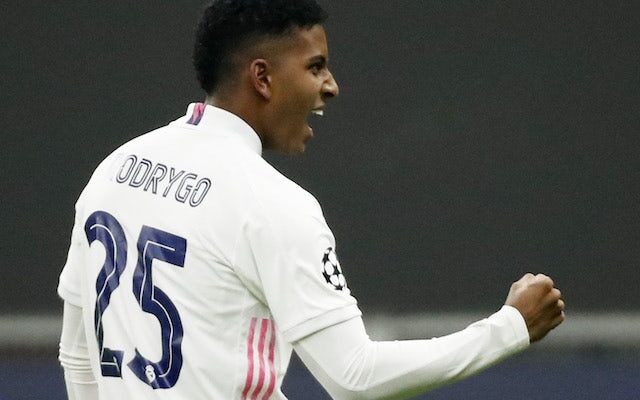 The 20-year-old has been an important player for Los Blancos during the 2021-22 campaign, making 16 appearances in all competitions, contributing two goals and two assists in the process.

Rodrygo still has three and a half years left to run on the deal that he signed at Bernabeu upon his arrival from Santos in July 2019.

However, according to ABC, Real Madrid want to hand the South American a new and improved contract, which is expected to run for six seasons.

The report claims that Rodrygo is likely to double his salary if he pens the new deal, with Los Blancos keen to reward him for his impressive performances.

The attacker had been in line to feature against Sevilla in La Liga on Sunday night but was withdrawn from the squad at the last minute due to a stomach illness.