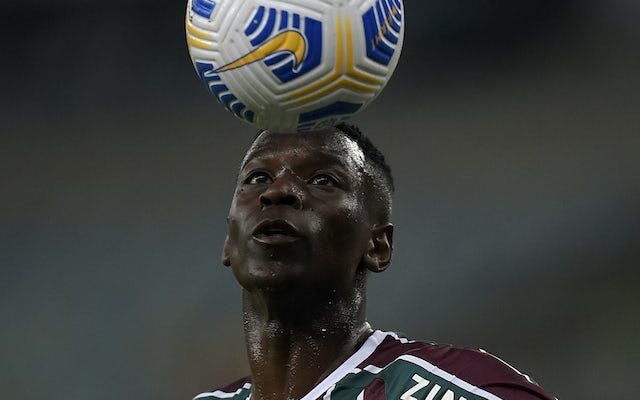 Real Madrid are reportedly lining up a move for Fluminense attacker Luiz Henrique.

The 20-year-old has already made 76 appearances for his Brazilian club in all competitions, contributing seven goals and six assists in the process.

Henrique still has four years left to run on his current deal, but according to AS, Real Madrid are determined to bring him to the Bernabeu during the January transfer window.

The report claims that Los Blancos initially want the Brazilian to represent Real Madrid Castilla with a view to potentially spending the 2022-23 campaign on loan at another club.

Carlo Ancelotti‘s side would allegedly then determine whether Henrique is ready to represent the first team on a regular basis.

The attacker, who has previously been named in Brazil’s Under-20s squad, has scored five times and registered four assists in 48 appearances for Fluminense this season.