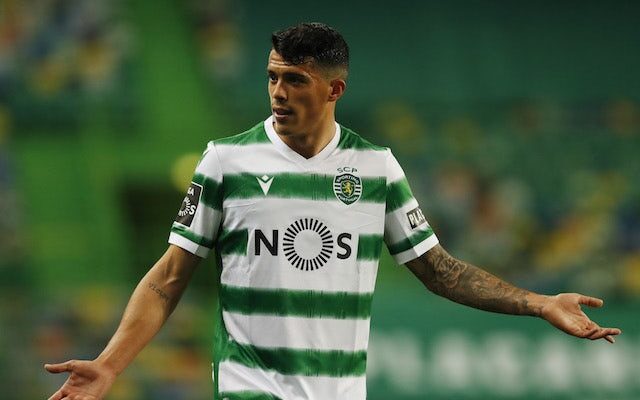 Real Madrid are reportedly keeping a close eye on Pedro Porro with the view to making a move for the Manchester City defender during next summer’s transfer window.

The 22-year-old joined Man City from Girona in 2019 but is yet to make a first-team appearance for the Citizens, spending time on loan with Real Valladolid and Sporting Lisbon.

Sporting have the option of signing Porro on a permanent deal next year, and the Portuguese giants are said to be determined to keep hold of the Spain international.

However, according to Mundo Deportivo, there is also genuine interest from Real Madrid, who want to sign a new right-back to compete with Dani Carvajal for a starting spot.

Porro has scored six goals and registered four assists in 52 appearances for Sporting in all competitions.

This term, the Spaniard has again been a key player for the Portuguese outfit, featuring on 15 occasions – including four appearances in the Champions League – contributing two goals and two assists.