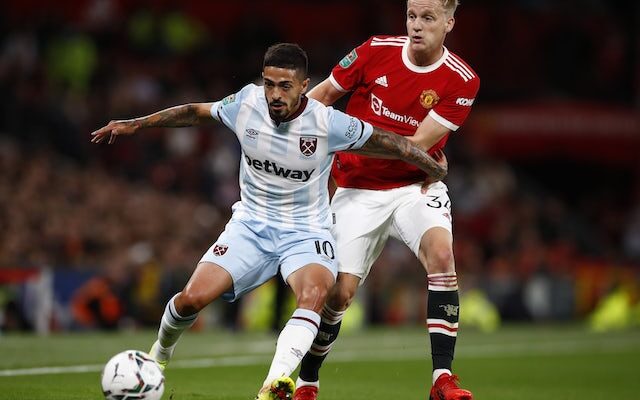 The midfielder’s future remains the subject of much speculation, as he continues to struggle for regular action at Old Trafford, with a number of clubs said to be monitoring his situation.

Newcastle United, Wolverhampton Wanderers, Everton and Barcelona are among the teams believed to be interested in signing the Netherlands international during the winter transfer window.

However, according to Fichajes, there is also genuine interest from Real Madrid, who believe that they would be able to sign the 24-year-old in a cut-price January deal.

The report claims that Los Blancos view Van de Beek as an ideal long-term replacement for Luka Modric, with the Croatian entering the latter stages of his career at the club.

The Dutchman, who arrived at Man United from Ajax in September 2020, has only made five appearances for the 20-time English champions during the 2021-22 campaign.