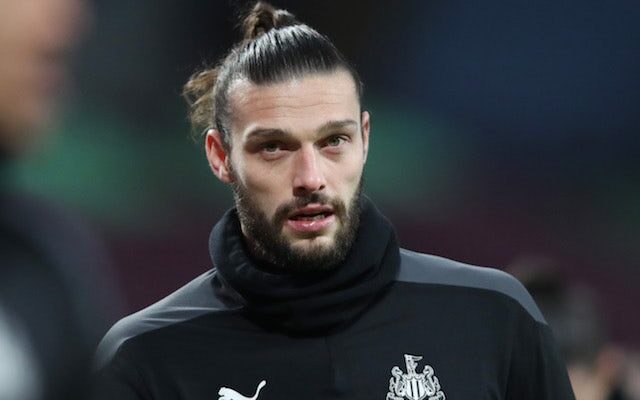 Reading have announced that they have handed a short-term contract to former Newcastle United forward Andy Carroll.

The 32-year-old has been a free agent since being released by the Magpies in the summer, the ex-England frontman contributing just one Premier League goal during a second stint at St James’ Park which lasted two years.

Carroll has now been given the opportunity to resume his career in the Championship with Reading, who have only been able to sign players on short-term deals due to an EFL ruling.

Speaking on the transfer, boss Veljko Paunovic told the club’s official website: “This is a deal which we have been working on for some time and are confident it is the right move for both player and club.

“Andy is looking for a new challenge in his career and we need a player with his quality and vast experience! So this is a great match and I’m really looking forward to working with Andy over the next couple of months.”

Carroll, who has penned a contract until the middle of January, will hope to feature in the squad when the Royals play host to Nottingham Forest on November 20.