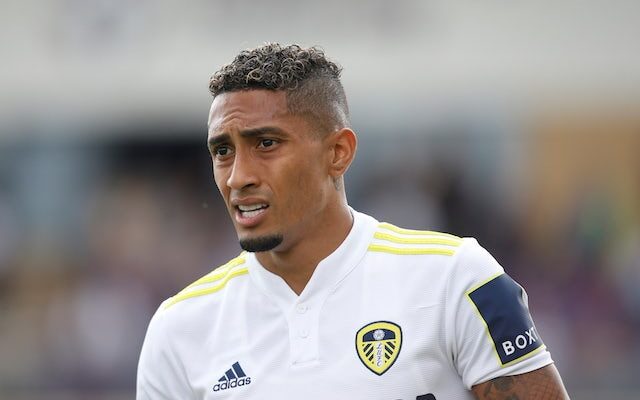 Leeds United winger Raphinha has played down reported interest from Liverpool and insists he is happy at Elland Road.

The 24-year-old has become a star player for the Whites since his arrival from Rennes in the summer of 2020, scoring 11 goals and providing nine assists in 41 appearances.

Raphinha’s impressive form under Marcelo Bielsa is believed to have attracted interest from Liverpool, however the Brazil international is adamant that he is content with life in West Yorkshire.

When asked by BBC Radio Leeds whether he can fulfil his career ambitions at Leeds, the winger said: “Without a doubt.

“When you bring together players with a real, strong, winning desire together with the manager, the coaching staff, fans who love the club, you create a wonderful atmosphere in the stadium and at the training ground.

“Marcelo Bielsa demands a lot of us. We know that. We’re used to it. We listen to him. He helps us develop and evolve as players, as professionals.

After missing the 2-1 defeat against Tottenham Hotspur last weekend due to injury, Raphinha is back in contention to feature on Saturday when Leeds host Brighton & Hove Albion in the Premier League.